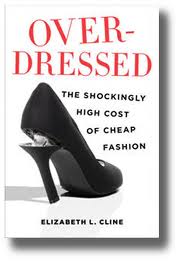 In response to the recent garment factory collapse in Bangladesh that killed over 500, Terry Gross of  Fresh Air did a great interview yesterday with Elizabeth Cline, the author of Overdressed: The Shockingly High Cost of Cheap Fashion.  The interview started with Cline's own love affair with unbelievably cheap clothing (fast fashion) and described how her thoughts changed over the course of her long investigation of the fashion industry.
She wrote the book before the latest factory disaster, but she had gone undercover as a garment buyer in China and Bangladesh and had noted the obvious safety problems- especially in Bangladesh.  Despite sending auditors to monitor factory conditions, the big clothing retailers (H&M, Zara, Gap, JCPenney, Wal-Mart, Sears, Target, Disney...) have failed repeatedly to ensure safe working conditions.  The government of Bangladesh is not doing enough to protect its citizens either.


In the drive to produce cheaper and cheaper clothing, manufacturers have willingly moved into developing countries where the costs are absolutely rock bottom.  Workers in Bangladesh make about $38/month according to Cline, which is even below the $200+ made by Chinese workers.  The quality of textiles and clothing has also declined as the race for the lowest price continues.  Clothing retailers are also changing inventory more often and promoting shorter trend cycles.  All this has lead consumers to shop more often for cheaper goods and to consider buying, say,  a $15 item for one party or event-- disposable fashion.  Enormous volumes of clothing end up in landfills or thrift stores.  If they don't sell within a month in thrift stores, they are often collected in large bales and shipped  to African nations where are they sold to second-hand clothing merchants. 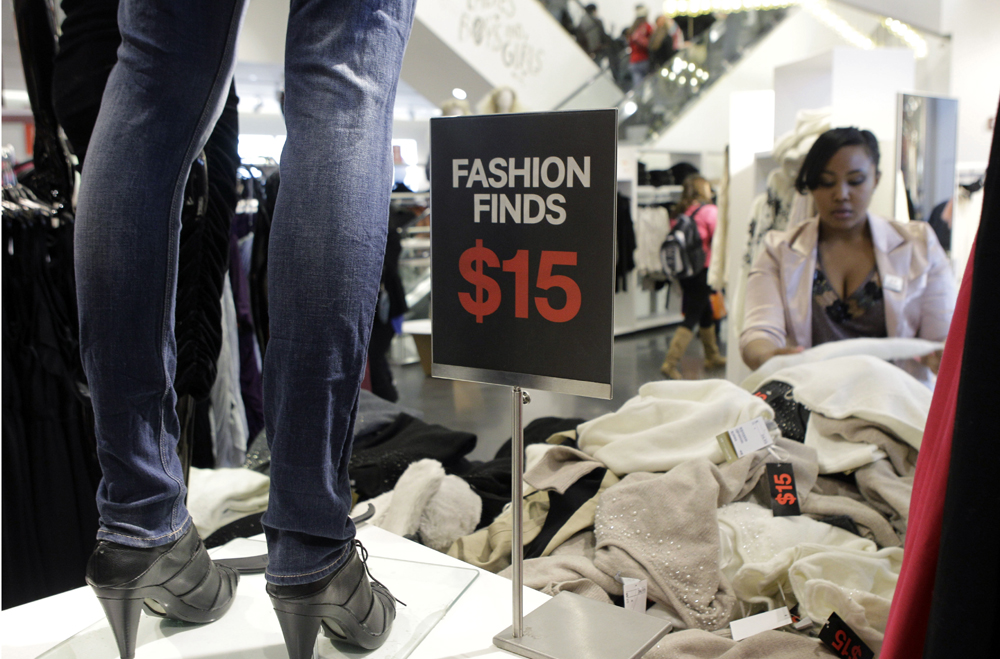 The transport alone of huge volumes of clothing is hard on the earth.  When you consider the high toll of growing water-hungry cotton, of producing petroleum-based polyester and of chemically processing textiles in countries with dismal environmental controls, it frankly gets a bit nauseating.  I am tired for Mother Earth.


But that is me.  The author was much more skilled and graceful on Fresh Air.  She presented the facts gradually and ended with a gentle account of how her own habits have changed (less shopping and more carefully chosen items that she keeps longer).  She also added this final thought:  "I'm 100 percent convinced this is the turning point.  There's just something about the number of the pictures. I feel like it's too bad of a tragedy for the brands to bounce back this time."

(See Elizabeth Cline's list of ethical fashion designers and resources on the book's website here.)
Posted by Unknown at 12:49 PM